The Vaandroid Cloud Server is an application that provides the Vaandroid Runtime as a web site to web browsers.

You can download the Vaandroid Cloud Server from here.

Unzip the server. You may need to enable the executable bit of the start script

Running As A Service

If you want to run as a service, view articles specific to your operating system. Running as a service will start the server automatically and without the need to log in as a user. 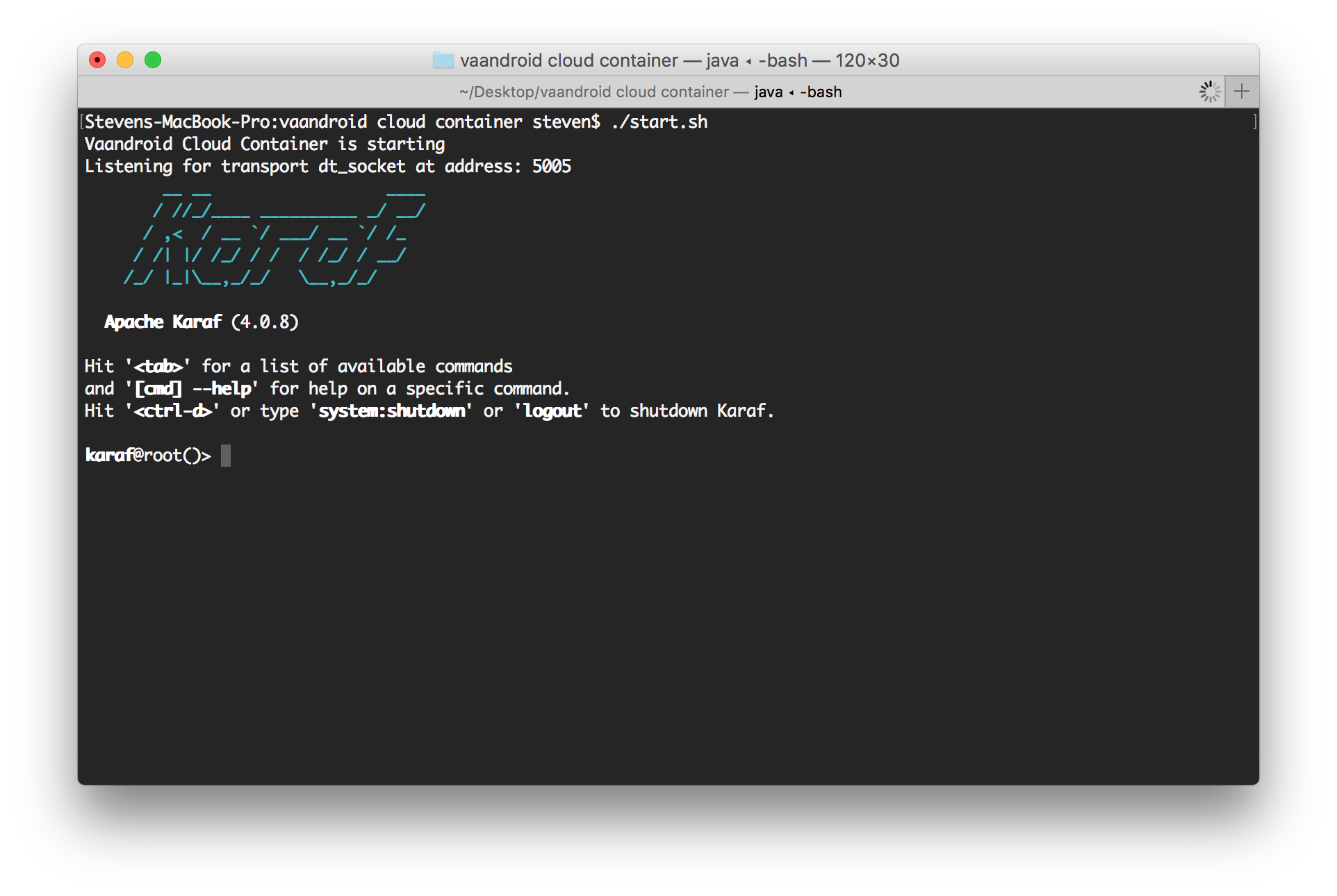 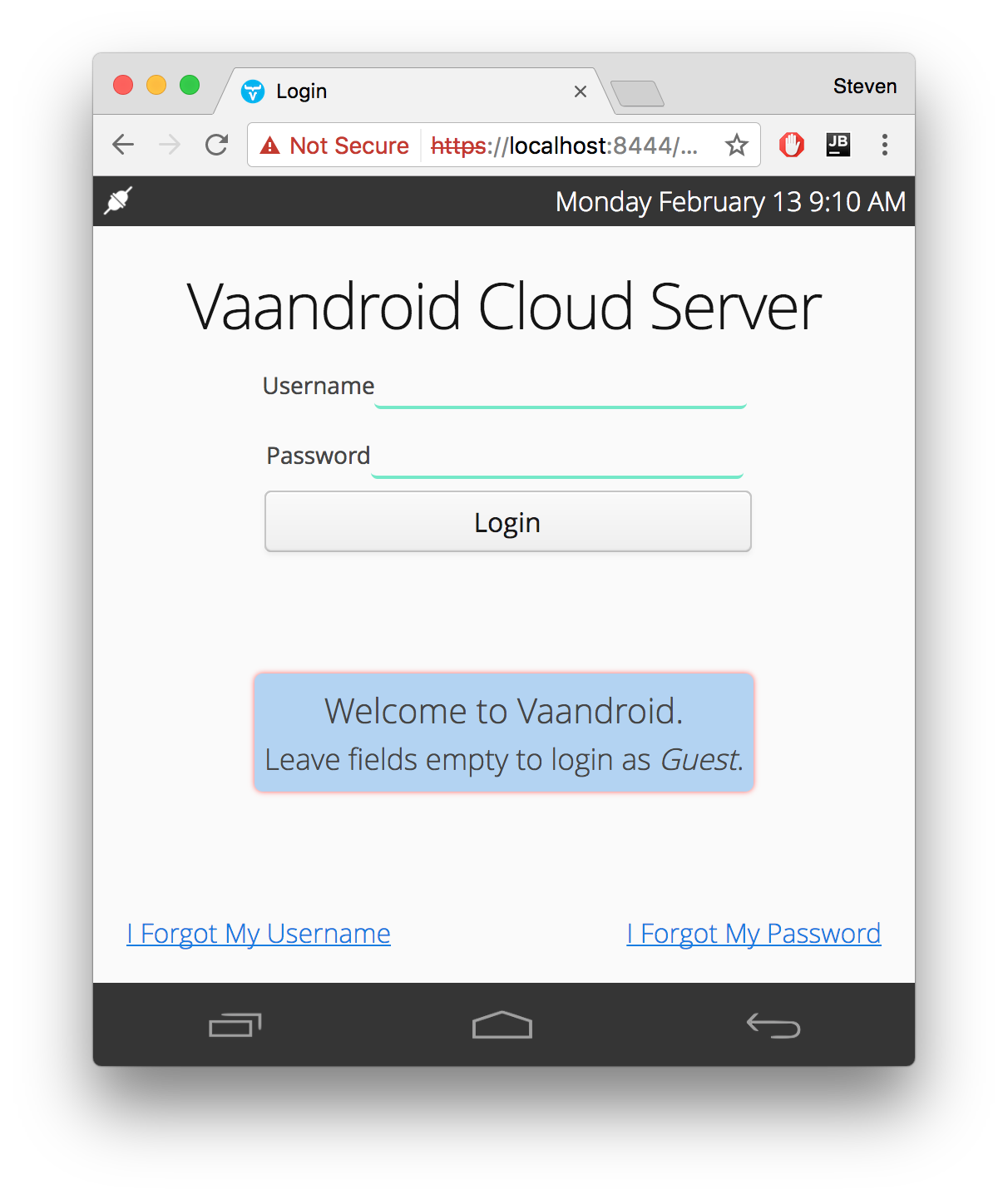 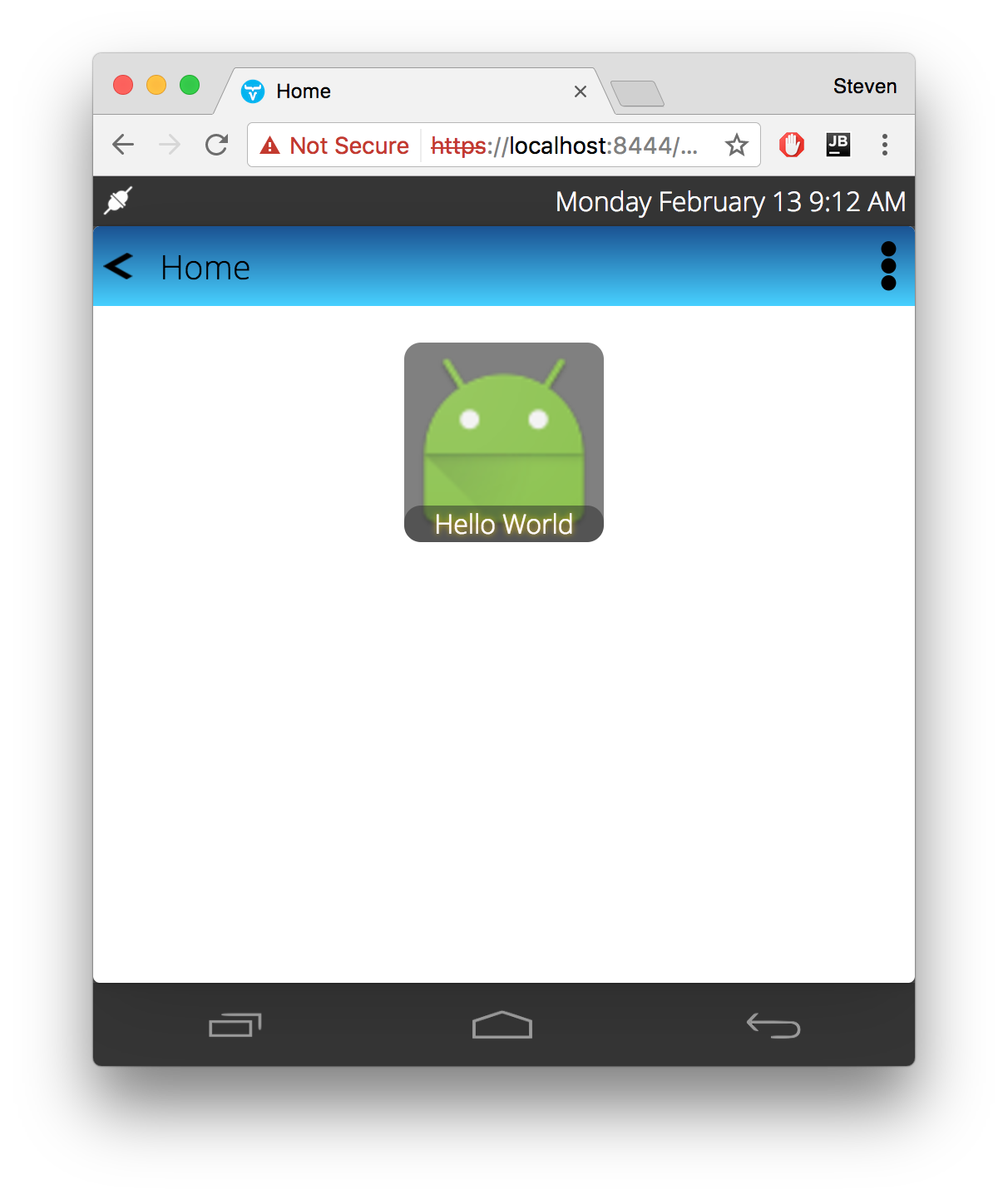 Here's a Hello World plugin. Put it in the karaf/deploy directory. This is the exact same activity found in the Android Studio sample. 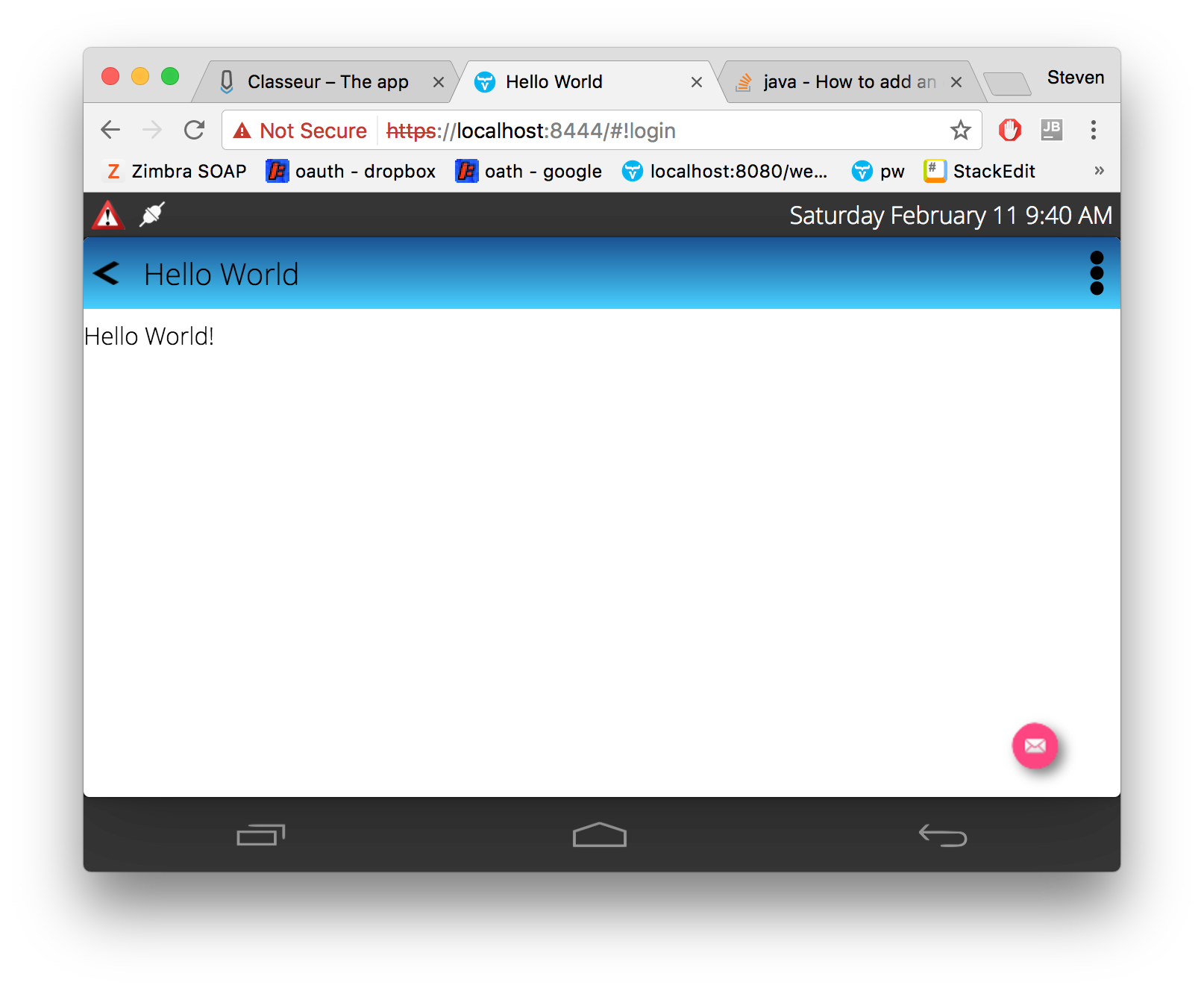 The Charts API provides a chart viewer application, and a simple API for plugins to contribute chart data to the system.

You will need to add 3 plugins to Vaandroid:

After placing the 3 plugins into the deploy directory, launch the Chart Viewer Activity. 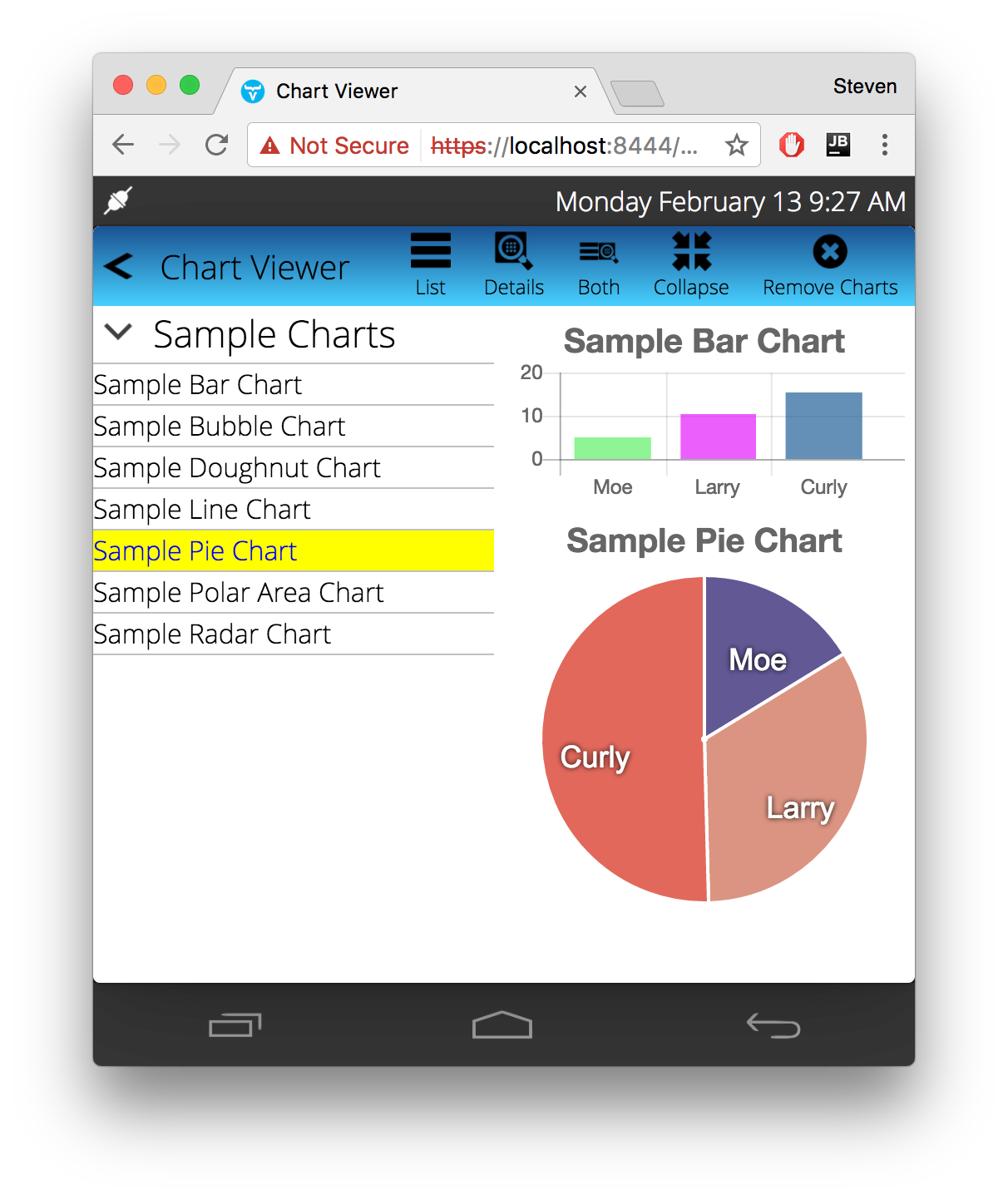 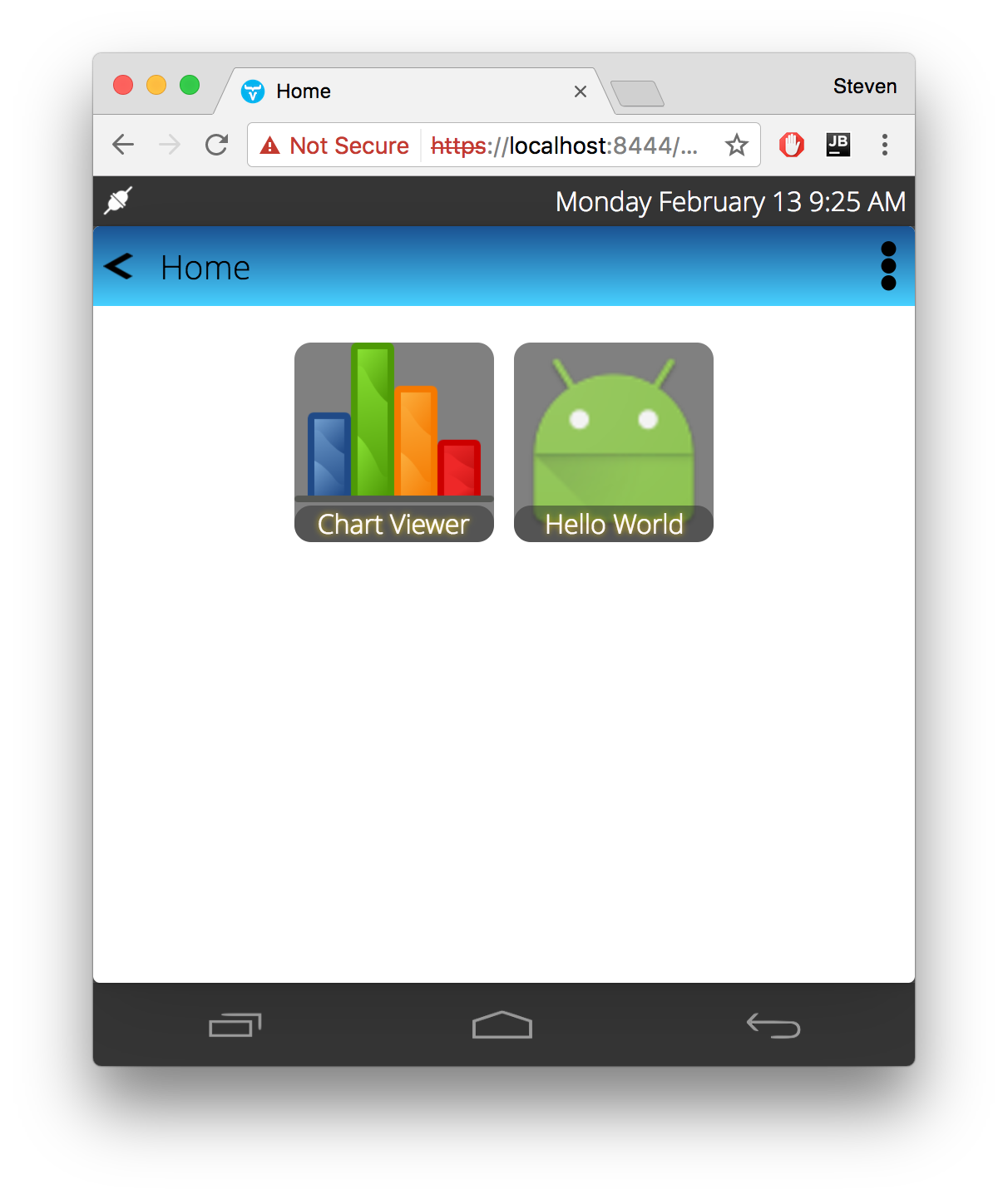 To demonstrate the power of the Vaandroid Runtime, remove the chart sample plugin while the Chart Activity running. After a few moments, the sample charts will vanish. Then put the plugin back in. They will reappear. Neat!

To shutdown the server, type logout in the Karaf console.

This will terminate the server and disconnect all web clients.

You can also type system:shutdown, halt, or even press control-d.